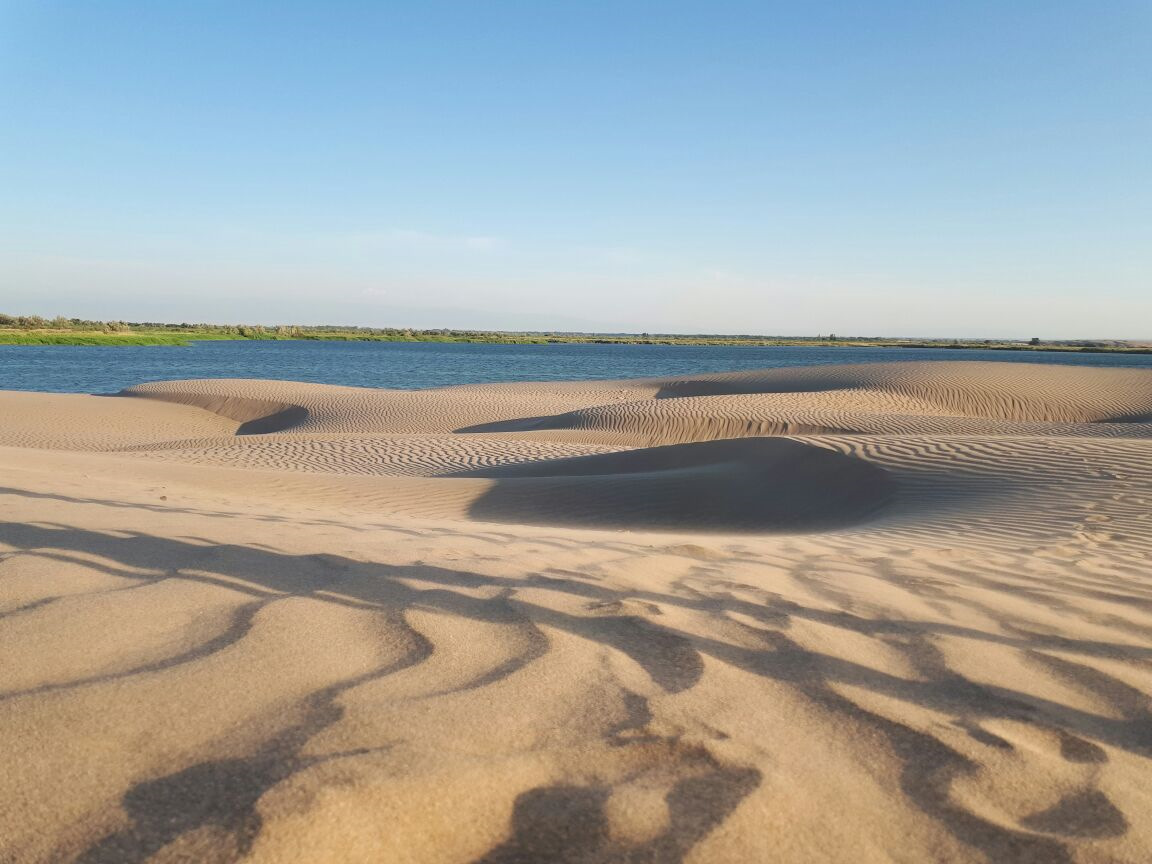 This is a fabulous place for those who like to passively rest on the sand near a warm lake in the unexplored wilderness. There is no civilization, cafes, hotels and settlements. The water in the lake so warm during the season which resembles a warm Jacuzzi in the recreation area. And the sand is so tender as if it was brought from the Canary Islands.

Many people talk about Wooden Lake but few of them saw it. The lake is a mystery. It is located in the left channel of the Charyn River below the village of Charyn and hides in the sands and reeds that not far from the mouth of the Charyn River. It is hard to find the way to it. Being on its banks you would understand that this is not a desert mirage, but a real oasis in a hot semi-desert.

Perhaps, it is the dead arm of Charyn River that was formed presumably at the end of the nineteenth and at the beginning of the last century. The lake without a runoff has become an excellent abode for the plant and animal world which is surrounded from the West and North by the advancing sands of Desert Karabakkum, from the East and South by tugai and turangoides.

The shores of the lake are sandy, with magnificent beaches and extensive thickets of reeds. Abundance of curative silt in the shallow waters and hot sun promotes popularity among the local habitants who consider that the lake has the healing powers.

You can see from the height of the barkhans to the North the magnificent Aktau mountains (White Mountains) which are located on the opposite bank of the Ili River on the territory of the State National Natural Park “Altyn-Emel”.

The water world is represented by the same fish representatives that live in the Charyn and Ili rivers.

It is known that the Turanian tiger lived in the reeds and turanas of the Ili and Charyn rivers until the 30s of the last century. It also dwelt on the shores of the Wooden Lake.

The open sky at night is very beautiful, especially when you hit this place at the time of full Moon.