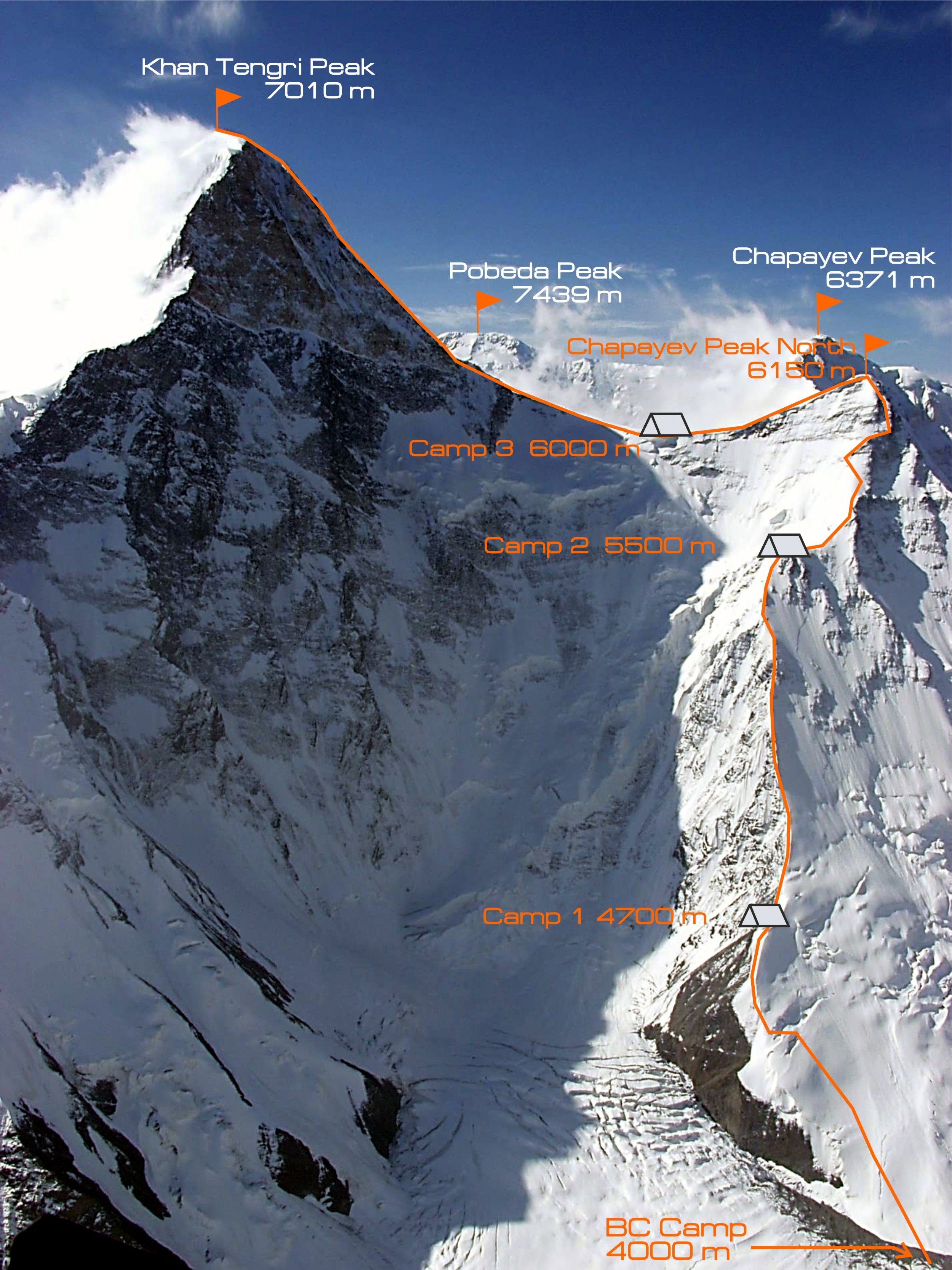 The peak of Khan-Tengri (Lord of Spirits) is one of the most beautiful peaks of the Central Tien Shan massif. The marble top is visible almost from everywhere in the form of an ideal pointed pyramid.
The mountain is shrouded in legends since ancient times. It is also called Tengritau (Mountain of God) and Kantau (Blood Mountain).

The name of the marble top was obtained thanks to the red shade of color that it acquires in the hours of sunset.

The famous peak is the highest point of Kazakhstan and rise 7010 m above sea level. This is the most the Northern of seven thousandths peaks in the world. The mountain is located on the border of three states: China, Kyrgyzstan and Kazakhstan.

The Khan-Tengri peak is difficult to access, therefore it is extremely interesting for both climbers and adventure tourism lovers.

Kazakhstan owns the Northern part of the mountain. Climbing to the Northern wall of Khan-Tengri is the cherished dream of many climbers. It takes 6-14 days to reach the top. But, a record was reached by the Kazakhstan climber Denis Urubko – 12 hours 21 minutes at the international festival “Khan-Tengri”. The first ascent was accomplished by a Soviet alpinist Mikhail Pogrebetsky in 1931.

The Tien-Shan mountains stretch for more than 1500 km in the South-East of Kazakhstan. The highest point is Victory Peak at the level 7439 m and belongs to Kyrgyzstan. Lake Merzbacher was formed on the merger of the glaciers North and South Inylchek (56 km). The Bayankol district (near Narynkol) is the edge of the Alpine valleys with many lakes and rivers practically untouched by tourists. But, a special pass is required in the Central Tien Shan region because of the proximity to the Chinese border.