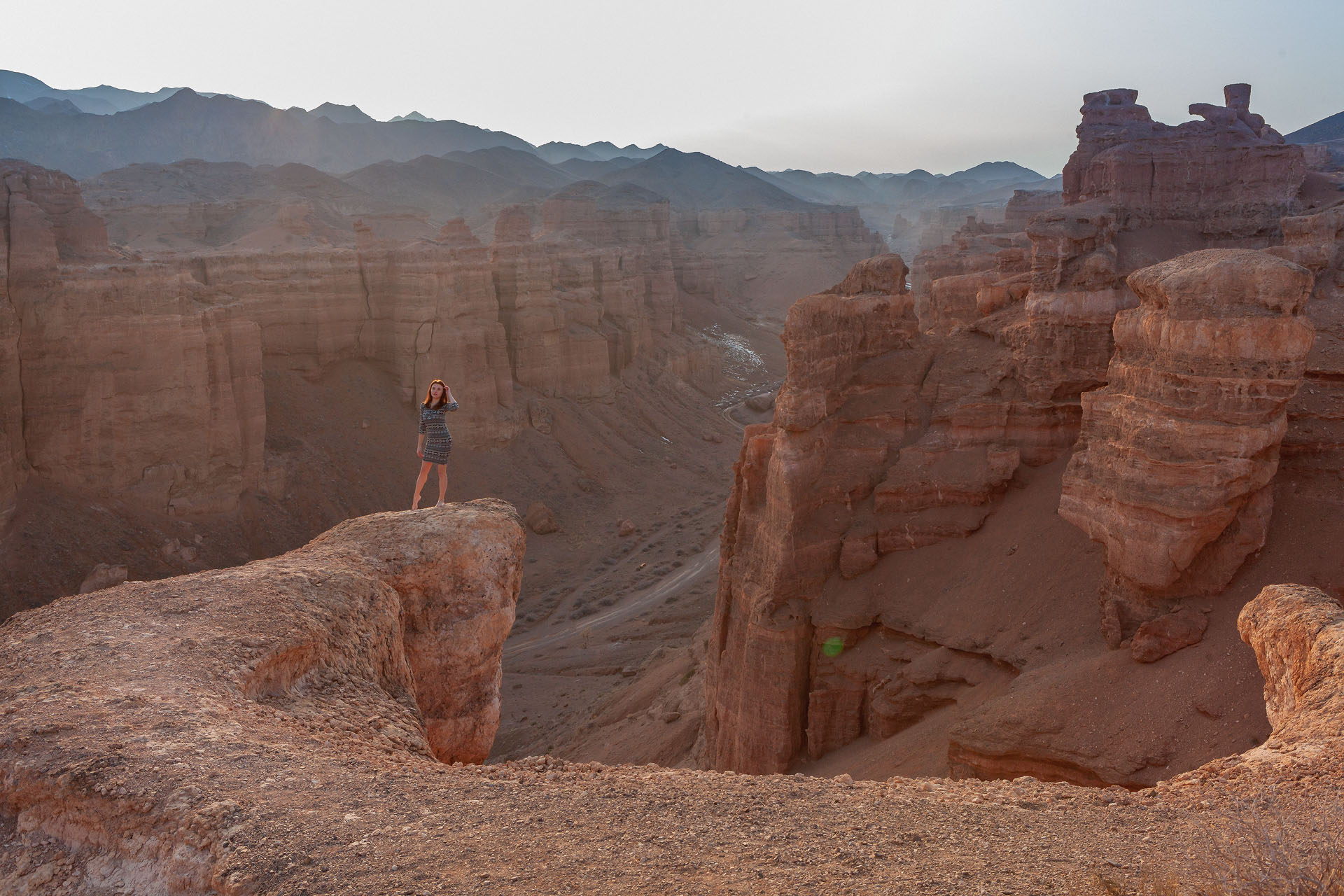 Charyn Canyon (also known as Sharyn Canyon, Kazakh: Шарын шатқалы, Sharyn shatqaly) is a canyon on the Sharyn River in Kazakhstan (200 kilometres (120 mi) east of Almaty, close to the Chinese border). The canyon is roughly 90 kilometres (56 mi) in length.[1] It is part of the Charyn National Park (established on 23 February 2004), and is located within the territory of the Uygur District, Raiymbek District and Enbekshikazakh District (of the Almaty Province). Over time, the canyon has gained colorful formations of varying shapes and sizes. Though it is much smaller than the Grand Canyon, it has been described as being equally impressive.